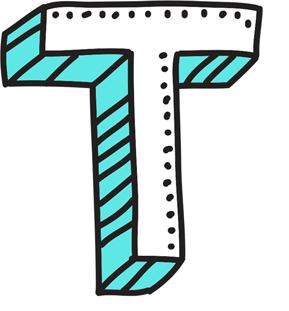 Absorbent cotton tubes a woman puts inside her vagina when she's having a period to absorb menstrual blood.

Another word for an abortion. An operation to end a pregnancy. Find out more on our Pregnancy page.

The two balls under a man's penis where sperm is produced.

A male hormone produced in the testicles.

The common name for the contraceptive pill. The pill is taken every day and stops a girl from becoming pregnant. See our Contraception page for more information.

A genital infection caused by a fungus. Boys and girls can get thrush, but it's more common for girls. It causes soreness and itching in the genital area.

Toxic Shock Syndrome or TSS used to be associated with tampons, but doctors now think it could be caused by a number of things including diaphragms (caps). TSS is rare but serious and causes high fever, faintness and muscle problems.

Used to describe someone who was assigned female at birth but identifies as a man.

Used to describe someone who was assigned male at birth but identifies as a woman.

An umbrella term to describe people whose gender is not the same as, or does not sit comfortably with, the sex they were assigned at birth. Trans people may describe themselves using one or more of a wide variety of terms, including (but not limited to) transgender, cross dresser, non-binary, gender queer. Not every Trans person will choose to transition.

The period of time when a Trans person begins to live in the gender role that matches their internal gender identity .

The fear or dislike of someone who identifies as trans, or the mistreatment of that person because of their trans identity or perceived trans identity.

This was used in the past as a more medical term (similarly to homosexual) to refer to someone who transitioned to live in the ‘opposite’ gender to the one assigned at birth. This term is still used by some although many people prefer the term trans or transgender.

Refers to "scissoring" which is when two women rub their vulvas and clitoris together as a form of non-penetrative sex. Can also refer to "frottage" (rubbing) of the woman's vulva against something for sexual stimulation. Officially, tribbing is the sexual act, while scissoring is one specific position. “Scissoring” requires two people facing opposite directions with their legs spread (like, um, scissors…) shimmying together until they meet at the bits. From here, they can wiggle, grind, and gyrate their genitals together in a way that feels the most pleasurable. The goal is to simultaneously stimulate each other’s external hot spot

A sexually transmitted infection (also known as T.V.). It can cause green, frothy discharge in girls and green or oblique/yellow discharge, similar to Gonorrhoea in boys. It is easily treated.