Sexuality and sexual orientation is all about who you do and don’t have sexual feelings for. 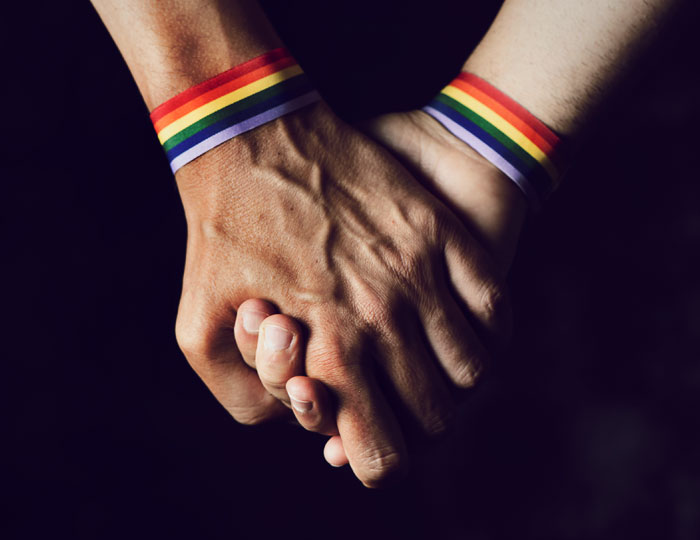 People who are attracted to men and women are bisexual. Another word for being attracted to people of all sexes or genders is Pansexual.

People who only fancy people of the opposite sex are heterosexual or “straight“.

People who are questioning their sexuality are finding out more about who they fancy.

People who may want a relationship but are not interested in sexual activity are Asexual.

Who we are attracted to can change over time. For example someone who has always gone out with men could suddenly fancy a woman.

Fancying who you fancy, whoever it is, is perfectly normal and acceptable.

At school, you may hear the word “gay” used as an insult – however there is nothing wrong about being gay.

Gender: When we talk about gender we talk about the roles our society makes up about what being a feminine ‘woman’ or a masculine ‘man’ is. We may be thinking of stereotypes like to be “masculine” is to be big and strong and to be “feminine” is to be caring and like fluffy kittens! More and more people are questioning and challenging the idea of what it is to be a ‘woman’ and what it is to be a ‘man’ in our society. A lot of words and stereotypes are based on very old science and these ideas don’t always work for everybody.

Our gender identity is our own personal sense of who we are. For many people, their identity will match their biological sex – e.g. those with a vagina will identify as a women and those born with a penis will feel all manly! This isn’t always the case. Some people don’t always feel that their gender matches how they have been labelled and how they are expected to be. For example, someone may have looked male at birth but may feel like (or identify as) a female or vice-versa.

Some people may feel they are both male and female and others don’t feel any of the labels work for them. Some of the words that people in this situation may use to describe who they are may be ‘transgender’, ‘non binary’.

There is no right or wrong way to be a man, woman, boy, girl or person or how to live in your body.

Transgender people can be of any sexuality.

Whatever gender a person feels is perfectly normal and acceptable

As a teenager, sexual feelings can be very intense and can change quite frequently. This can be confusing and exciting. Just take things at your own pace. You might want to talk to someone. Don’t feel you have to be in a hurry, explore and enjoy at your own pace, your sexual orientation will develop, and can change over time.

Listen to Youth Out Loud's 'Celebrating LGBT History' podcast. It covers sensitive topics such as HIV diagnosis and features conversations between two people – a member of the Youth Council and Healthwatch Kingston's Chief Officer – who compare their experiences of being part of the LGBT community now and in the 70s and discuss what advice they would give young people today.

You can find out more info at: