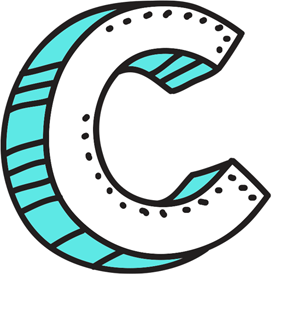 A rubber contraceptive in the shape of a small dish that sits at the neck of the womb to block sperm from reaching a girl's eggs. Also known as a Diaphragm.

Cancer of the cervix is a life-threatening disease, but it can be treated and cured if it is discovered in the early stages. Cervical cancer is most common in women over 50 but it can affect females of all ages.

Cervical screening (a smear test) is a test to prevent cancer, by checking the health of your cervix. Cells are taken from a girl's cervix using a speculum (a small metal or plastic instrument), which goes inside the girl's vagina. The test isn't painful, but it might be a little uncomfortable. Females should have a test every three to five years from 25 to 64 years old and will be invited by a letter from the NHS.

The neck of the womb. consisting of a narrow passage leading to the vagina.

Some gay and bisexual men are using drugs with sex ('chemsex') to enhance sexual intensity and boost confidence during sex. Read more about chemsex.

A very common sexually transmitted infection (STI) which, if untreated, can cause infertility in girls. Find out more about STIs here.

Circumcision is when the foreskin on a boy's penis is removed by a doctor during surgery. The operation can be done on babies for religious reasons, but it can happen at any time in a boy's life if there is a problem with his foreskin. It's a safe operation and makes no difference to a boy's sex life.

A word to describe someone whose gender identity is the same as the sex they were assigned at birth. Non-trans is also used by some people, however cisgender is a more inclusive term.

The nub of skin at the front of a girl's vulva which produces feelings of intense sexual pleasure when stimulated. There are no nerve endings in the vagina, so most females will not be able to orgasm from penetrative sex alone. There are 8,000 nerve endings in the clitoris, double what a male has in the tip of the penis. This is why it takes a female longer for her body to be ready for sex and why it takes longer for a female to be able to orgasm from sex.

A contraceptive device usually made of plastic or copper, also known as an IUD or Long Acting Reversible Contraception. It is inserted into the womb and stops fertilised eggs from settling and growing. See our Contraception page for more information.

A scabby or crusty sore patch, usually found near the mouth or nose, caused by the Herpes virus.

A contraceptive pill that prevents pregnancy by stopping a woman producing eggs. Visit our Contraception page for more information.

A slang term for sperm.

When someone makes it public that they are gay.

A nationwide network of clinics where you can go for free and confidential advice about sex and contraception. These also provide services specifically for young people under 25. Click here to find one near you.

A thin, rubber sheath (cover) worn over the penis. It is the best contraceptive for protection against unplanned pregnancies and sexually transmitted infections (STIs). Find out where to get free condoms near you.

If something is confidential then it's secret. Even if you are under 16 you have same right to confidentiality as adults. This means that doctors and nurses should not pass on any information about your visit unless they think you are in serious danger and even then they should discuss the issue with you first.

Another word for permission. Learn about ‘sexual consent’ here.

The word for any method used to prevent pregnancy. See our Contraception page for more information.

Lice that live in the pubic hair and can be spread from person to person during sex or close contact.

When someone uses their mouth to stimulate a woman's genitals.

Talking about sex with someone on the internet, in a chat room or by email.