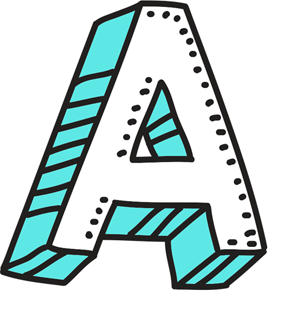 The medical term for end of a pregnancy. This can be natural which is known as a miscarriage, or it can be an operation to end a pregnancy by removing the foetus from the womb. The type of abortion depends on the stage of the pregnancy - it can vary from taking a pill to having an operation. The earlier the abortion is performed, the more straightforward it is. Abortion is allowed in the UK up to 24th week of a pregnancy.

An umbrella term used to describe a variation in levels of romantic and/or sexual attraction, including a lack of attraction. Ace people may describe themselves using one or more of a wide variety of terms, including, but not limited to, asexual, aromantic, demi and grey-A.

The fear or dislike of someone who identifies as ace or the mistreatment of that person because of their ace identity or perceived ace identity.

The period between puberty and adulthood.

When a husband or wife has sex with someone outside their marriage.

The age when the law says it's legal for you to have sex. In the UK the legal age is 16, in Northern Ireland it's 17.

AIDS is a serious condition in which the body's defences against some illnesses stop working properly. The virus that causes AIDS is HIV, which can be sexually transmitted. You can protect yourself from HIV by using a condom every time you have sex. People who are HIV positive do not necessarily have AIDS, and only in rare circumstances when HIV is not managed properly can AIDS develop. Further information can be found on the NHS website https://www.nhs.uk/conditions/hiv-and-aids/

A medical test done on pregnant women to check for abnormalities in the foetus.

People who believe that abortion is wrong.

Medicine that is designed to kill harmful bacteria, the tiny organisms that live in your body.

Proteins produced by your body to fight off foreign bacteria and viruses in your blood.

Often called the bum, arse or bottom, the anus is the hole at the end of the digestive system where solid waste (poo, shit) comes out of the body.

Somebody who is aromantic does not experience romantic attraction and a grey-romantic person only does very rarely. Demiromantic people are only romantically attracted to those they’ve emotionally bonded with first.

At Stonewall, we use ‘ace’ as an umbrella term for anyone identifying under the asexual or aromantic umbrellas.

Somebody who is asexual does not experience sexual attraction to anyone.