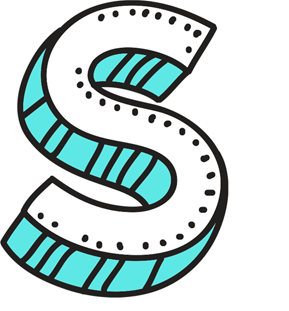 Sanitary towels are cotton pads that fit into a girl's underwear (knickers) when she is having her period. The towels soak up blood, but need to be changed every few hours.

The bag of skin that contains a man's testicles.

A fluid that contains a mixture of secretions from a boy's reproductive glands and sperm cells. Semen comes out from the boy's penis when he ejaculates.

The belief that one sex or gender is superior to another, or actions or attitudes that stereotype, prejudice or discriminate against people based solely on their perceived sex or gender.

Also called puberty. The time when your body develops sexually.

All the people you have had a sexual relationships with during your life.

A person’s emotional, romantic and/or sexual attraction to another person.

Infections that are passed on in sexual activity. There are up to 25 STIs, some of which are more common and dangerous than others. The best way to protect against them is to always use a condom. See our STI page for more information.

Another name for having sex.

Another word for a condom.

Usually caused by contaminated food but can also be caught through sexual activity that puts mouth in contact with faeces.

A smear test (cervical screening) is a test to prevent cancer, by checking the health of your cervix. Cells are taken from a girl's cervix using a speculum (a small metal or plastic instrument), which goes inside the girl's vagina. The test isn't painful, but it might be a little uncomfortable. Females should have a test every three to five years from 25 to 64 years old and will be invited by a letter from the NHS.

The cheesy white substance produced by a gland under a boy's foreskin.

To kiss and caress each other.

The reproductive seeds produced in a man's testicles.

When a man or a woman has an operation to prevent getting pregnant or getting their partner pregnant.

Short for sexually transmitted infection. Infections that are passed on in sexual activity. There are up to 25 STIs, some of which are more common and dangerous than others. See our STI page for more information. The best way to protect against them is to always use a condom.

Another word for heterosexual.

A small piece of material or cotton that is used to take a sample of body fluid.

A sexually transmitted infection, which may go unnoticed and can spread without either partner knowing. It is passed during sex or sexual activity and can be serious if left untreated.