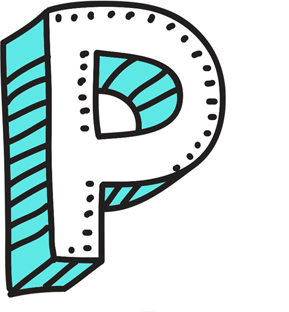 When a grown-up has unlawful sex with a child under 16.

Emotional, romantic and/or sexual orientation towards more than one gender, so not limited in sexual choice with regard to biological sex, gender, or gender identity.

A disease in women causing chronic pain in the pelvic area which can lead to increased risk of ectopic pregnancy and other long-term complications. It can be caused by STIs such as gonorrhea and chlamydia.

When a vagina, or anus is penetrated by a boy's penis, or some sort of object (such as a sex toy).

Once a girl reaches puberty she will have a menstrual bleed, or period, each month. The bleeding happens when an egg is not fertilised and comes out of the vagina along with the thick lining of the womb that builds up each month. The blood usually looks thick and gooey and may be bright red or brown in colour.

Another word for foreplay.

A person who works in a chemist and is qualified to prepare medicines and drugs and give some medical advice.

Short for premenstrual syndrome or premenstrual tension - a description of the mood changes caused by hormonal changes in the days leading up to a girl's period.

Films, books or pictures that are intended to make you feel sexually excited.

When a baby is growing inside a girl's body, she is pregnant.

A test which shows whether or not you are pregnant. You can buy a test from a chemist or supermarket and it will usually contain two sticks which you pee (urinate) on. The tests detect a hormone that is only in a girl's system if she is pregnant. Different tests have different indicators to show if you are pregnant, so make sure you read the instructions carefully. Find out more here.

PrEP is a drug available on the NHS for people who are at higher risk of getting HIV. When taken correctly, evidence shows that taking PrEP reduces the chance of getting HIV to zero. However, taking PrEP does not prevent infections from other STIs.

The words we use to refer to people’s gender in conversation – for example, ‘he’ or ‘she’. Some people may prefer others to refer to them in gender-neutral language and use pronouns such as ‘they’/‘their’ and ‘ze’/‘zir’.

An old-fashioned word for condom.

A walnut-sized gland just below a boy's bladder. It supplies the fluid to make sperm.

The time when girls' and boys' bodies start to change and become sexually mature. Puberty usually starts between the ages of 9 and 13, but some people are much younger or older. Puberty takes a long time and affects you emotionally as well as physically. Puberty is triggered by certain hormones, or chemicals, inside your body.

The hair that starts to grow around the genitals of both boys and girls at puberty.

Lice that live only in pubic hair, usually passed on by sexual contact. See our STI page for more information.